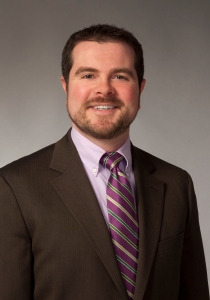 For some time now—in response to the California Online Pri­vacy Protection Act, Canada’s Personal Information Protection and Electronic Documents Act, and similar statutes and regulations from other jurisdictions—any company with any web presence to speak of has provided a public-facing privacy policy on its website, explaining what it does with each user’s information, how it com­plies with the relevant laws, what rights users have to access their information, etc. These policies have become much more promi­nent in 2018, as the EU’s General Data Protection Regulation became effective and thousands of companies notified their contact lists that their privacy policies had been updated.

Although artificial intelligence is not nearly as well regulated as data privacy and is, in fact, hardly regulated at all, there are some requirements, expectations, and norms that are emerging from a combination of expert opinion, pending legislation, and the limited black-letter law. In response, we have begun advising clients about AI policies. These are public-facing policies that state certain information about how companies use AI in their business operations.

When an A.I. does something, you should be able to ask, “Why?”

My family has grown very attached to our Amazon Echo, particularly for music. We can access Prime Music by asking Alexa for an artist, song, or station. Even my young kids can navigate the verbal interface to request “Can’t Fight the Feeling” from the movie Trolls or the soundtrack to the musical Hamilton.

As part of the smart speaker’s artificial intelligence, the program picks up on our tastes and preferences, so when we simply say “Alexa, play,” the device will queue up suggested tracks. In theory, what it picks should have some obvious relationship to music we chose ourselves. And songs it selects usually do. Usually.

But recently, Alexa considered our diet of kids’ music, show tunes, the Beatles, the Rat Pack, and Pink Martini, and decided to cue up … Sir Mix-a-Lot.

To read the full article on Slate.com, click here.